A uniquely privileged site, with frontage on the main road between Moyogalpa and Altagracia that affords direct paved access to the private entrance of the property, the Finca San Juan enjoys at its other extreme more than 650 feet (200 m) of private beach front along the island’s finest beach Santo Domingo.

A ground-up restoration of the historic hacienda house was completed in August of 2009, achieving its principle goals, restoring and conserving the authentic colonial hacienda Nicaragua style of the house, returning it to its original classic form, which visitors can appreciate today in its understated splendor.

Although degraded by the owners who have deforested lands above the body of water to seed cattle pasture, this tranquil coastal lagoon is still worth a visit. Home to the island’s most legendary ghost and a fresh water Atlantis, Charco Verde or Green Lagoon attracts some beautiful wading birds and mangrove trees that hide turtles and boas; while forest around the lagoon is home to many fruit trees and howler monkeys. 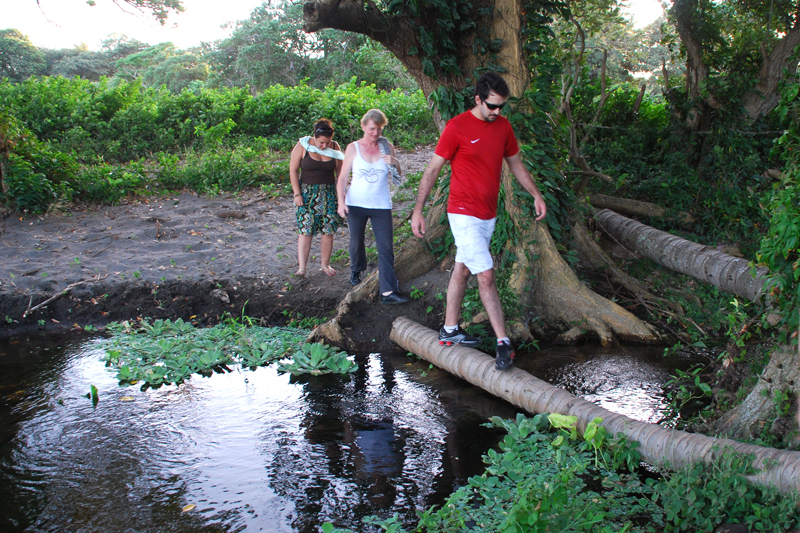 The biggest cascade on the island is a one hour hike from the private farm that sits at its trail head. Though damaged by farming pressures on its water output, this is a big attraction for many visitors looking for shorter mountain hikes than the summit trail and it affords a glimpse at some beautiful flora and lake views. On clear days Costa Rica’s northwestern Volcanoes are visible from the upper trail head. 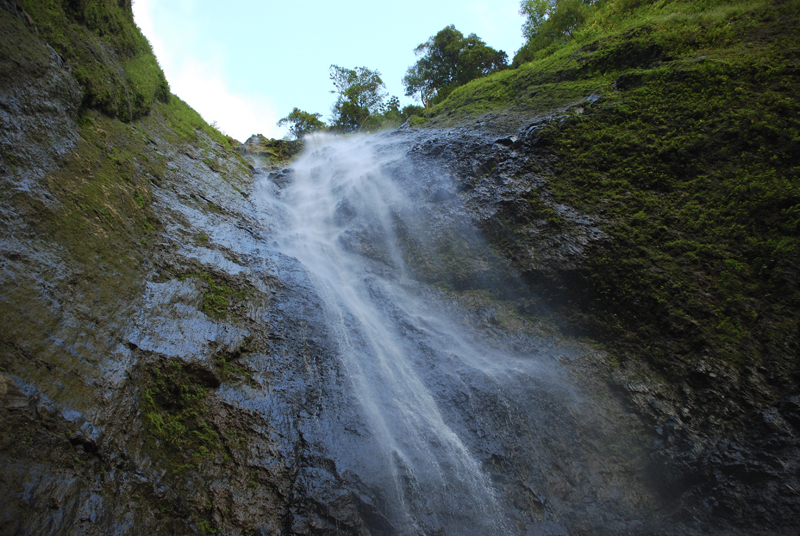 La Finca Santo Domingo was founded in the mid-nineteenth century, the family Floes, who emigrated Chontales department seeking better horizons. The family settled on a small property of 106 blocks, located in the region of the shores of Lake tilgen, which was called Hope, then eventually took the name of Finca Santo Domingo livestock traditional vocation. Given the growing demand of tourists in the 90s, several of the properties located on the coast of Playa Santo Domingo were converted into hotels and restaurants, which focused its offer these beautiful 4 km of white sandy beach and water volcanic shallow ideal for enjoying safe bathing, which currently represent one of the main centers of attraction of the island of Ometepe.

A pleasant, if rocky, 1.5 km hike through the best preserved lowland forest on Ometepe. The Peña trail cuts through volcanic rock fields trapped in tropical dry forest and is home to some of the islands oldest trees. This forest is home to thousands of nesting parakeets and parrots like the endangered Yellow-napped Amazon Parrot, while howler and white-faced monkeys are also prevalent.

One of the best bird watching sites on the island, this river that cuts into then isthmus that connects the islands’ two great volcanoes in accessible from Mérida. Many choose to explore the river in kayak or row boat rented from locales. Views of Concepción are impressive and birding and wildlife watching are rewarding.

Punta de Jesus Maria, is a peninsula located 4 km south of Moyogalpa, formed by the accumulation of ash and dust from the volcano Conception. Also called Punta de la Paloma. This is one of the most visited by tourists because of the panoramic view of the volcanoes. You can walk on the sand and ashes into the lake, which in summer can reach up to 2 km, giving the feeling of walking on water.

Concepción volcano tour can be done with two variations: the ascent to the Floral and the ascent to the crater. The recommended time-out is at 6:00 am., By car to the community of La Concepcion and La Sabana, where the ascent begins 30 minutes after arriving and have received general recommendations of the guide. The first stage is a buffer zone of the rise and nature reserve.

The base of the mountain is covered in tropical dry forest, however above 1,200 meters the eastern slope enjoys superior humidity and orchids and bromeliads are more common. The cone is home to howler monkeys and White tailed deer which share this semi-sulfurous environment, with numerous birds and reptiles. Closer to the summit gases emitted from the interior of the crater are more prominent making the upper reaches of the mountain a harsh landscape, ample evidence of the earth’s inner fury.

The Maderas volcano has much to offer in terms of natural and archaeological wealth. Its forests are potentially the most diverse of any forest of its size in Nicaragua, showing a transition from rain forest to cloud forest, dry forest and elfin forest in dry western slopes. The crater of the volcano's summit at 1.394 m, covering a freshwater lagoon and little-known lower slopes contain several beautiful waterfalls. The petroglyphs, archaeological artifacts around the base of the volcano indicate that it was an important center for pre-Columbian civilizations of the Olmec, Toltec and Nahuatl.

The most robust fresh water spring on the island is also a favorite swimming hole for visitors and locals alike. Though significantly altered from its natural state, this shady spot is great for cooling off in pristine subterranean waters that rise to the surface here. Located just inland from Santo Domingo Beach, the spring has a cover charge and feeds one of the few rivers on the island, known as Rio Buen Suceso.

The Ometepe Archaeological Museum is located in the town of Altagracia park 50 meters to the west. This museum was founded in 1994, thanks to the interest of the association sponsoring the museum and culture of Ometepe between volcanoes and the Foundation, supported by DANIDA and the Nicaraguan Institute of Culture. This has 4 exhibition rooms: living environment, living ethnology, history and archeology room.

This community museum is worth a visit for its diverse displays of everything from geology to natural history to culture and archaeology. There are also bigger basalt pieces in the back patio of the museum. The exhibits are open from 9:00 17:00 daily.

Located 11 km from Moyogalpa on the road to Altagracia is the island’s finest museum. Though originally started as a monetary museum with very complete examples of Nicaragua’s monetary history, the museum also has the finest pre-Columbian collection on display on Ometepe, with more than 1,000 pieces in the collection. The exhibits are open daily from 8:00 to 17:30.

Nicaragua is extremely rich in pre-Columbian rock art called petroglyphs, the epicenter of this wealth in the Island of Ometepe with more than 73 different sites and over 1,700 panels recorded to date. While some have been sent to museums or entered into private collections, many are still in their original locale. Two of the most popular sites for visitors are the Finca El Porvenir located west of Santa Cruz and Finca Magdalena on the east slope of Maderas, just above Balgües.

Altagracia and the festival in honor of a Franciscan saint is famous countrywide for a unique folkloric dance that originates here. Known as Baile del Zompopo (dance of the leaf-cutter ant), the dance can be seen during celebrations for the town’s patron saint, San Diego de Alcalá which hits stride on November 12 and climaxes on November 17. The dance comes from a pre-Christian tradition. The indigenous population of the area used to celebrate their harvest God, every November. Legend has it that one year the harvest was being annihilated by leaf-cutter ants and the local religious leaders instructed the people to pay tribute to the ants, to win them over and draw the ants away from critical, year-end corn plantations. The dance imitates leaf-cutter ant lines, with dancers holding a single branch over their heads. The original dance was not doubt a success and a unique tradition born. When the Franciscans arrived in 1613 they brought with an image of the saint of San Diego whose celebration days coincided with that of the annual celebration for the harvest God. Gradually, by careful design, San Diego usurped the native God and thanks to this historical theological morphing, today’s visitors can experience a thousand-year-old island dance.

4
Average: 4 (1 vote)
Lake front cabins are great. (and you can swim in Lake Nicaragua,Who do you know that can say that!)

4
Average: 4 (1 vote)
Lovely and peaceful location. If you want to relax and do nothing this is the place for you...

5
Average: 5 (1 vote)
This is a place to go for quiet, relaxation, and incredible natural scenery...

5
Average: 5 (1 vote)
This resort was everything we were hoping for. We checked in after dark, so we couldn't see much of the resort, we walked to dinner and we're delighted to find a play area for children set up near a few tables.

Do you enjoy your stay? Share your experience, Write a Review!